What do a 300-year-old Japanese toy, a moonshine recipe, an American Express operator, and New Jersey Governor Chris Christie all have in common? Each satisfies our need for an authentic experience.

In a world in which everyone “likes” everything, people we’ve just met become our “friends,” and 140-character “tweets” have drastically shifted how we communicate—it’s no wonder we crave authenticity. Toss into the mix the disingenuous shenanigans of our politicians and celebrities, and you’ve created the perfect moment for authentic alternatives to stand out and prosper.

Want to get in the game? Before you get started, though, be warned: You can’t fake authenticity. Today’s consumers will sniff you out in a second. But if you’re genuinely committed to becoming more genuine, here are four strategies to make your product, service, or organization more authentic.

1. Strip away the complexity.

The latest kids’ toy craze comes from Japan, but it’s not from Nintendo. It’s not even from this century. The Kendama is a traditional Japanese toy that dates back to the 1700s. The boutique below my office sold 160 of them on a recent weekend, and they can’t keep them in stock.

So while video games and smart phones continue to add more features and fancier graphics, the Kendama is proof that eventually some humans say, “Enough. I can’t take it anymore.” When we’ve reached our digital limit, we return to the safety and pleasure of simplicity.

So why do we associate simplicity with authenticity? The expression what you see is what you get speaks to the unconscious link we make between simple and genuine, whereas complexity can breed suspicion of dubious intent. Think about the complexities you’ve added to your product, service, or brand over the years in an effort to make it better. While each improvement seems to make it more desirable, the sum of those incremental changes may have actually made it less appealing and more complicated. What if you stripped away the complexity of your organization’s product, service, or brand? What might it look or feel like then? What is your version of the Kendama?

2. Return to your roots or invoke a sense of heritage.

Batch 19, a brand recently launched by beer giant Coors, styles itself as a “Pre-Prohibition Style Lager.” Its retro packaging accentuates its origin story—the intriguing tale of a recipe rediscovered in files that were archived before G-men took axes to liquor barrels in 1919. And then there’s Midnight Moon, famous bootlegger and NASCAR legend Junior Johnson’s family moonshine recipe. Both brands appeal to the romance of our past, and they’re shored up by their authentic roots as formulas crafted before the flavor-killing effects of mass appeal for mass distribution. And consumers are paying attention. 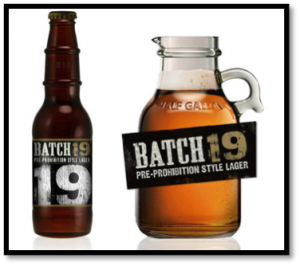 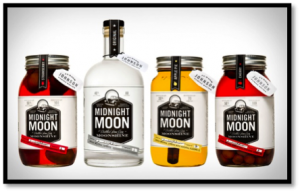 Returning to your roots might mean getting back to an original formula, or restoring an original philosophy. For example, most people don’t know that the original name for once-mighty retailer J.C. Penney was The Golden Rule Store—which tells you everything you need to know about the company’s guiding philosophy in their earlier, more successful days. Ousted CEO Ron Johnson wasted billions trying to make J.C. Penney into something it could never become. His attempt to turn JCP into the Apple of clothing retailers felt inauthentic to both current customers and the new, younger consumers he was courting. What if he’d simply returned to Penney’s roots and redefined what it means to operate a store under the Golden Rule? What might seem too simple for a Silicon Valley star, plays beautifully and authentically to Penney’s middle-America base.

What would it mean to return to your roots or create a sense of heritage?

3. Focus on what matters most to your customer or consumer.

One of the best decisions I’ve made in the past four years was ditching my Visa card for American Express card. I joined AmEx for the Delta miles, but I’ll stay with it for life (and rave about them to others) for one simple reason: when I call AmEx customer service, someone answers the phone. When I have a problem or question, what matters most to me is knowing someone will help me solve it.

People flock to products and businesses that figure out how to focus on and flawlessly deliver the one or two things that matter most. By remaining “true” to their fundamentals, these companies or brands are able to deliver on their most important promises. Keeping promises is what authentic people do, and that holds true for brands and companies as well.

What are the one or two things that matter most to your customers? Are you doing everything you can to make sure they get them as easily, competently and pleasantly as possible? When your company or product started, it succeeded because you found something that mattered to your customers and you made a promise, either explicitly or implicitly. Are you still focused on what matters most to them? Are you delivering on that promise?

4. Be refreshingly blunt and honest (and really mean it). 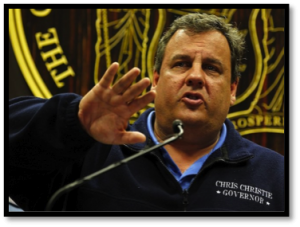 New Jersey Governor Chris Christie is one of the few politicians whose appeal stretches across the political spectrum. Why? He’s authentic. What makes him authentic? He’s blunt. “Blunt” isn’t a notion we celebrate much, or even think about. But we should. Being blunt means we’ve eliminated everything but what we really intend to say. Being blunt means we’re speaking the truth, even though you might not like what you hear or how it’s delivered.

Bluntness is the opposite of how 99.9% of marketers speak, and that’s why it’s appealing when our politicians and brands communicate in blunt terms. For example, many of us—including my family—invited Domino’s back into our homes because of their blunt honesty: “We sold you pizza that tasted like crap; we’re sorry; please give us another try.”

Think about how you talk about your product, your company, or yourself. Are you being as honest and straightforward as possible, or are your communications filled with jargon and hype? What would it sound like to be more straightforward and blunt?

Consider these four ways to restore the authenticity to your product, service, or company, or to create an altogether new product or service. Or, as Governor Christie might say: Don’t be an idiot; give it a try.

View all posts by Jim Link →
← Creativity vs. Innovation: Yes, there is a difference.

Enter your email address to follow this blog and receive notifications of new posts by email.

LISTEN TO JIM IN ACTION

What People Are Saying